YAY! This ‘Naagin’ actress and her ‘Firang fiancée’ to be in the NACH BALIYE

By: ABP News Web Desk
Updated: 17 Mar 2017 08:19 PM
New Delhi: Star Plus Dance reality TV show Nach Baliye’s stage is all set for the TV jodis. Earlier we reported about the TV actor and comedian Sidharth Jadav and his wife. Now we have news about another popular couple who is taking part in the show.

‘Naagin’ actress Aashka Goradia, who has just got engaged to his American boyfriend Brent Goble will be seen in the dance show. Both of them are doing rehearsals of the show. 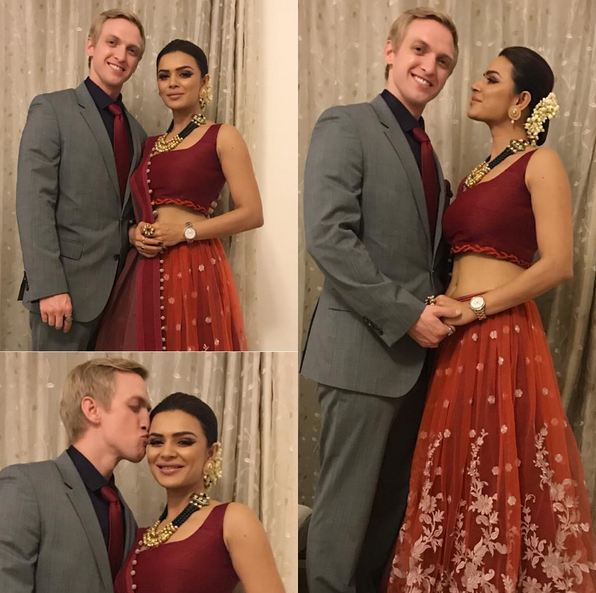 But there is a little unknown twist to this story. As per the report of an entertainment portal, when the final list of contestants came out, all the ‘jodis’ headed for practice but Aashka was left alone. Brent was nowhere to seen but before you all think of something else, let us clarify that it was all because Brent was stuck in his native Colorado due to a visa problem.

According to portal, Star Plus, which airs Nach Baliye, decided to step in and help.And after a long wait, Brent finally landed in Mumbai on Thursday and the couple headed straight for rehearsals.

Aashka and Brent will get married in December this year.