Currently seen as a participant in 'Nach Baliye 9' with hubby Rohit Reddy, popular actress Anita Hassandani has another project in her kitty.

By: Filmymonkey Team
Updated: 23 Jul 2019 12:28 PM
TV actress Anita Hassanandani, who is currently seen playing the role of 'Shagun' in Divyanka Tripathi starrer long-running Star Plus show 'Yeh Hai Mohabbatein', is currently busy with 'Nach Baliye 9' as well in which she is participating with hubby Rohit Reddy. Her Colors show 'Naagin 3' ended in May this year and now she has reportedly bagged another interesting show. The latest buzz suggests that, Anita Hassandani will also be a part of  Zee TV's upcoming game show titled 'Boli Lagao'. 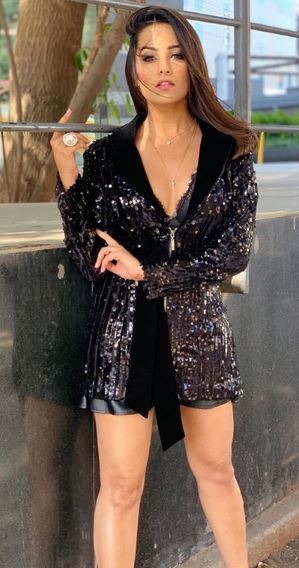 According to latest reports, Anita Hassanandani will be seen hosting 'Boli Lagao' alongside Paritosh Tripathi and Dheeraj Juneja.