Speculations are rife that after Deblina Chatterjee, Mohena Kumari Singh has also quit the show. The actress has reacted to the rumours.

By: Filmymonkey Team
Updated: 31 May 2019 08:54 PM
New Delhi: Star Plus’ popular show Yeh Rishta Kya Kehlata Hai’ is all set to take a five-year leap. The makers of the show are all set to spice up things by introducing the leap. Earlier in the day, we informed you that Deblina Chatterjee, who plays the role of Gayu, has quit the show. The actress was not willing to play the role of a mother to a five-year-old kid.

Deblina had replaced Kanchi Singh, who originally played the role of Gayatri in the show.

Gossip mills are now buzzing with the rumours that Mohena Kumari Singh aka Keerti would also quit the show. It was said that the actress would leave ‘Yeh Rishta’ post the leap.

Mohena’s fans were disappointed when the news hit the internet and they took to social media to express their displeasure. The actress, while talking to a leading daily, said that she hasn’t quit the show.

"No, I haven't put down papers as of now. I am still in talks with the production house and as of now I am not quitting the show. Nothing is finalized and shall try working it out," Mohena told Times Of India.

The report in the daily also suggested that Mohena will have meeting with the makers in a day or two and everything will depend on it. 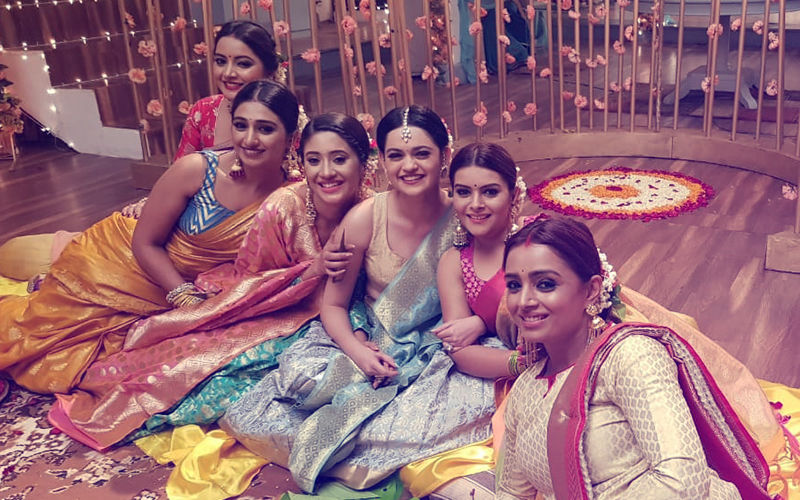 Mohena will soon tie the knot with her fiancé Suyesh Rawat. The two lovebirds got engaged in Goa in February. The makers of the show are trying to work out things so that Mohena stays in ‘Yeh Rishta’ and also gets ample time to plan her wedding.

Rishi Dev, who played the role of Mohena's on-screen husband Naksh, had also quit the show a few months ago.

Talking about the show, Kartik (Moshin Khan) and Naira (Shivangi Joshi) will get separated post the leap.  Naira will become a single mother and she will have a custody fight with Kartik for her child.