By: Filmymonkey Team
Updated: 20 Sep 2019 06:19 PM
New Delhi: Popular TV actor Mohsin Khan, who plays the role of Kartik in Star Plus’ ‘Yeh Rishta Kya Kehlata Hai’, has been diagnosed with dengue. The actor took to Twitter to inform his fans about his health and asked them to not stay outdoors for a long time. ‘’Down with dengue. Be careful staying outdoors for too long guys.. i'll be up n runnin soon inshallah,’’ Mohsin Khan.

Niyati shared a photo on Instagram story from the hospital along with the caption, ‘’Will bounce back soon. Down with dengue.’’

Check out the picture! Niyati shared another photo from the hospital on her Instagram story. 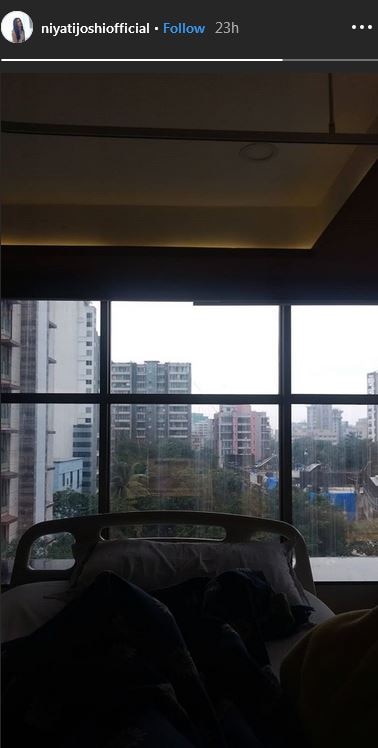 Niyati, while talking to a leading daily, said that she was hospitalized on Wednesday evening.

“I am feeling better now. I had to take another blood test yesterday. I am keeping my fingers crossed. I felt unwell on Saturday, but continued to shoot till Monday assuming it to be just viral fever. However, when I went for a blood test on Tuesday, I was diagnosed with dengue. I shot on Wednesday for a couple of hours, as I was required in a scene. However, I had to be hospitalised in the evening. I am expected to be discharged in three days,” Niyati told Times Of India.

Niyati shared a photo with Rajan on Instagram along with the caption, ‘’ Thank you @rajan.shahi.543 for making me a part of YRKKH.3000 episodes , a big milestone ! #yrkkh #iloveyouyrkkh3000 #swarna #actor #niyatijoshi.’’

We wish a speedy recovery to both Mohsin and Niyati.