Gurugram villagers mistake poop falling from sky as meteor, store it in refrigerators

By: ABP News Bureau
Updated: 23 Jan 2018 04:24 PM
New Delhi: On Saturday, in a rare incident, residents of Gurugram's Fazilpur village confused 'blue ice', the term used for toilet waste leaking from planes, with some rare mineral. Assuming it to be a valuable stone they even stored it in their refrigerators.

How it all started:

Rajbir Yadav, a farmer in the village was out in the fields for his morning rituals when a rock-like thing landed into the ground from the sky with a loud noise. In no time the news spread in the village. 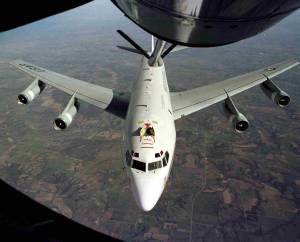 The stone had a white texture and was ice cold with a transparent surface, as a result, innocent villagers misinterpreted it to be a precious meteor. Some even took the pieces to their homes and kept it safely in their refrigerators.

The news spread like a wildfire and reached the administration. A team was immediately sent from the India Meteorological Department and National Disaster Management Authority to the village.
The happiness of the villagers of getting something valuable was short lived. The team revealed the truth which they had never imagined. It was neither a meteor nor any precious stone but was 'blue ice' the term used for toilet waste in planes.

The ice was a frozen mix of human excreta and liquid disinfectants which might have fallen as frozen toilet water coming out from aircraft lavatory.

"The heavy mass of ice, which is not associated with any type of rainy weather, suggests there is a possibility it might have fallen as frozen toilet water coming out from some aircraft lavatory. There are a number of zig-zagging air routes in this area," an expert told TOI.

The villagers were later disappointed and are now busy cleaning their houses.

Well, this was not the first time in December 2016, a similar case of aircraft waste falling from sky was reported from Sagar, Harda, and Dewas districts of Madhya Pradesh