Why is Priyanka Chopra missing from Oscars 2018?

Priyanka Chopra updated an Instagram story regarding the same 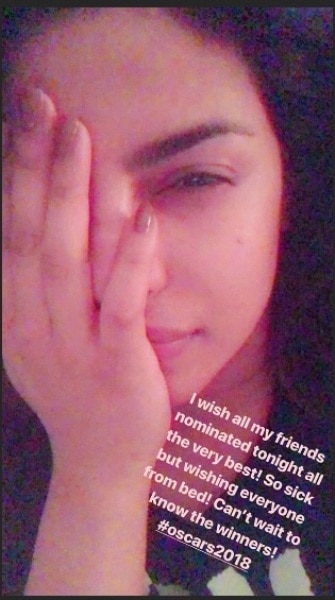 On Instagram stories, Priyanka Chopra wished all her nominated friends good luck and announce that she is too sick to get up from the bed.

The 35-year-old, known for her role in Quantico, wrote that she is not keeping well.