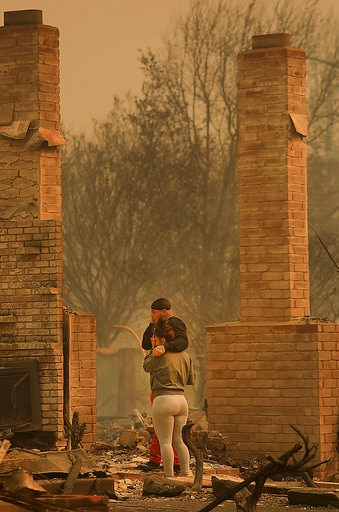 Deadly wildfire roared across the US state of California, killing at least 10 persons, forcing evacuations and destroying homes and businesses in their paths. It was reported as the biggest fires burned in the wine country of Napa and Sonoma counties. / AP IMAGE 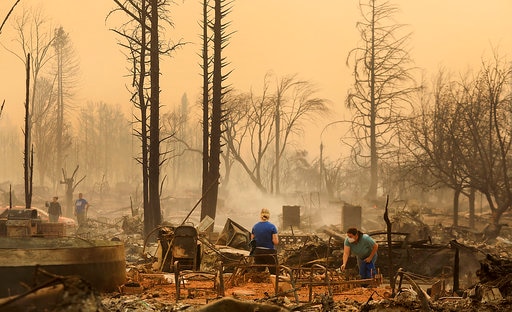 The fires ignited on Sunday night and Monday and spread with alarming speed because of dry conditions, Calfornia Fire Director Ken Pimlott said at a news conference. More than 20,000 people have been evacuated, some with little notice. / AP IMAGE More than 100 people were being treated hospitals for fire-related injuries or health issues including burns, smoke inhalation and shortness of breath. / AP IMAGE 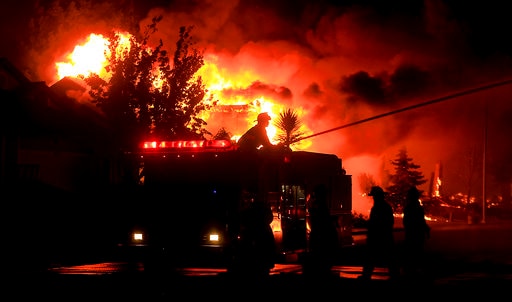 More than 100 people were being treated hospitals for fire-related injuries or health issues including burns, smoke inhalation and shortness of breath. / AP IMAGE

A wildfire in Anaheim, in Southern California, has spread to 4,000-5,000 acres and burned at least six buildings. The first known fatality occurred as a result of the Redwood Complex fire in Mendocino County, Sheriff spokesperson Capt. Greg Van Patten said. / AP IMAGE 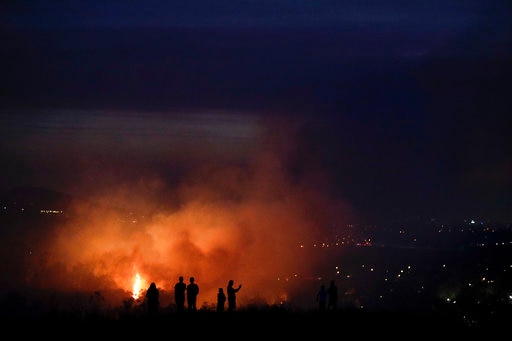