Five Pictures That Capture The Devastation in Syria 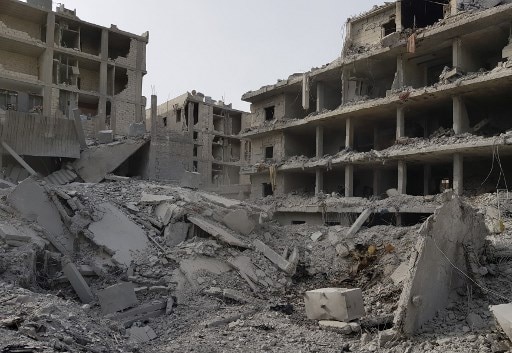 A picture taken on March 19, 2018 shows a general view of the damage in the Syrian Kurdish city of Afrin a day after Turkish-led forces entered the city. Image: AFP PHOTO / STRINGER 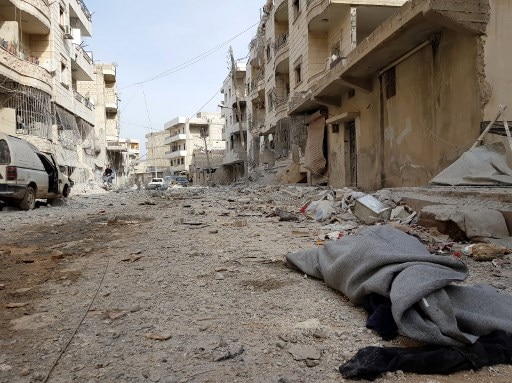 Turkey vowed to expand its operation in northern Syria to other Kurdish-held areas after its troops and allied forces seized control of the city of Afrin in a major blow to the Kurds. Image: AFP PHOTO / STRINGER 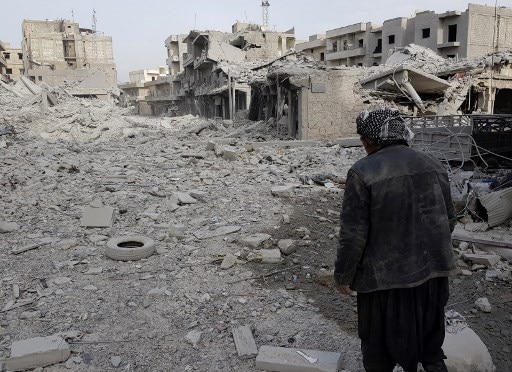 A man looking at the damage in the Syrian Kurdish city of Afrin a day after Turkish-led forces entered the city. Image: . Image: AFP PHOTO / STRINGER 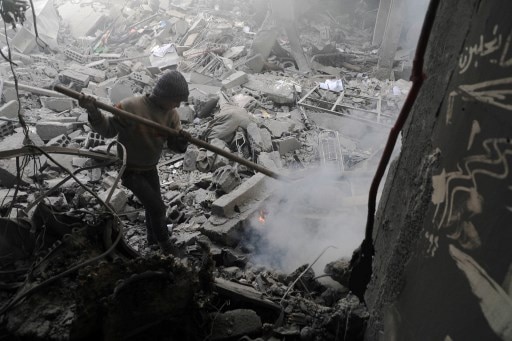 A Syrian boy puts off a fire amid destroyed buildings following government air strikes in the Eastern Ghouta rebel-held enclave of Douma, on the outskirts of the capital Damascus on March 19, 2018. Image: AFP PHOTO / HAMZA AL-AJWEH At least 20 civilians have died in a resumption of bombing on Douma, the largest town in shrinking rebel-controlled pockets of Syria's Eastern Ghouta, a monitor said. The fresh bloodshed came after a week-long lull in the bombardment of Douma after negotiations between rebels and regime-backer Russia allowed medical evacuations from the town. Image: HAMZA AL-AJWEH / AFP