A Turkish cyber group is suspected behind the hack.

By: ABP News Web Desk
Updated: 15 Mar 2018 08:47 AM
New Delhi:  The official Twitter account of Indian carrier Air India was reportedly hacked by suspected Turkish hackers on Thursday, leading to confusion among passengers for a short while.

On early Thursday morning, the verified account that has over thousands of followers seemed to be in Turkish possession as it showed Turkish posts and pictures.

The cover photo got changed to that of Turkish Airline and tweets in Turkish language appeared on the wall.

Pro-Turkish tweets and threatening tweets were shared from the account. Fake tweets about flight cancellation were also shared.

A tweet that read , “Last minute important announcement: All our flights have been cancelled. From now we will fly with Turkish Airlines,”, baffled many passengers. 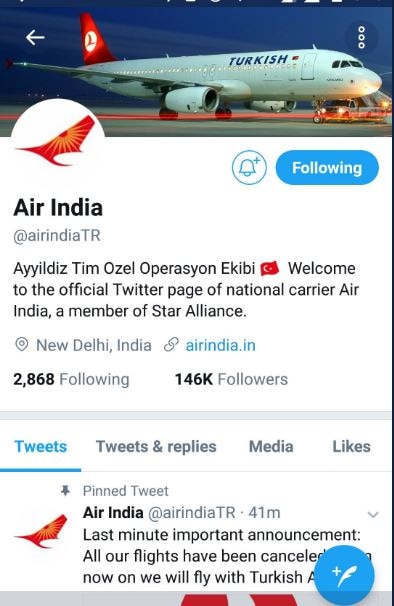 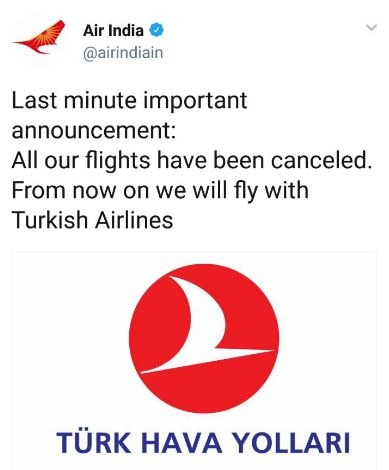 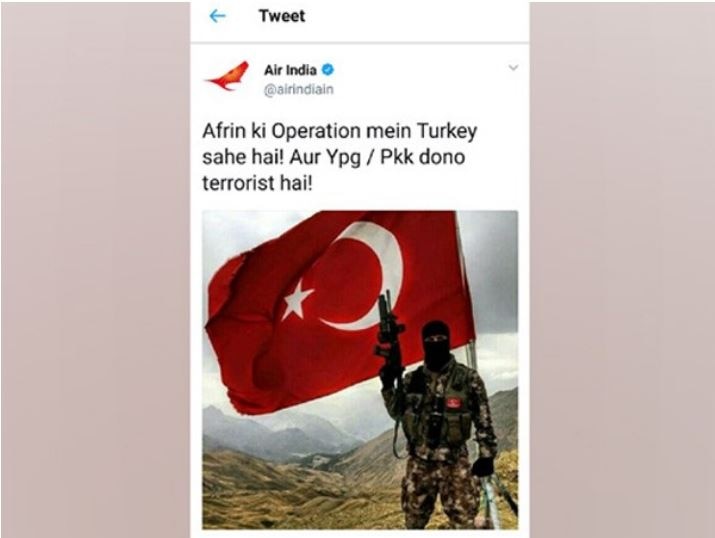 The verified blue tick of the handle was removed. Twitter usually removes the verification mark from any such account for a brief time when a verified user's handle is changed.

However now the Air India handle has come clean with the blue tick and the tweets too have apparently been deleted.

Though unconfirmed,  Turkish elements are suspected to be behind the hack.

The profile of the page reads, "Ayyildiz Tim Ozel Operasyon Ekibi." This profile has shared the images of the tweets that were retweeted when the handle was hacked.

Looks like the #AirIndia account has been hacked by some Turkish fellows.. All sorts of nonsense being posted.. @TwitterIndia Kindly note.. #avgeek pic.twitter.com/l7bmV7oO8v