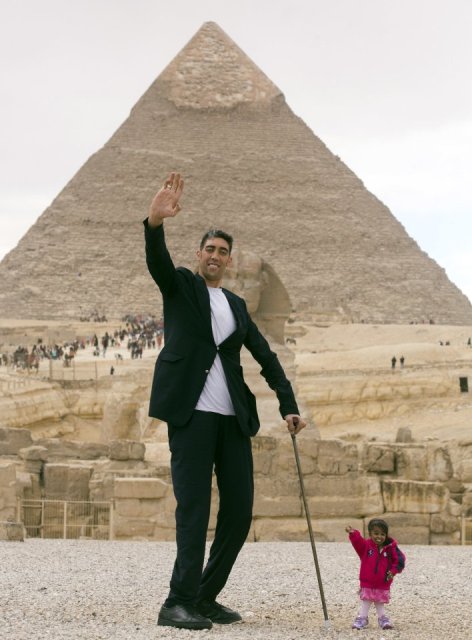 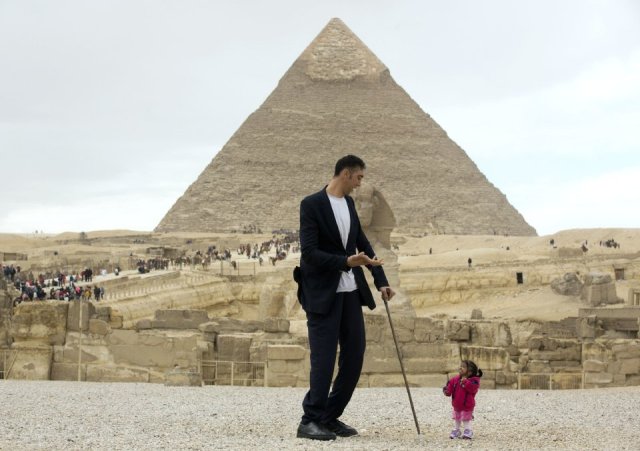 Both, Kosen and Amge, were invited by the Egyptian Tourism Promotion Board to visit Cairo's most famous sites, in an attempt to help boost tourism in Egypt. (Photo: AP) 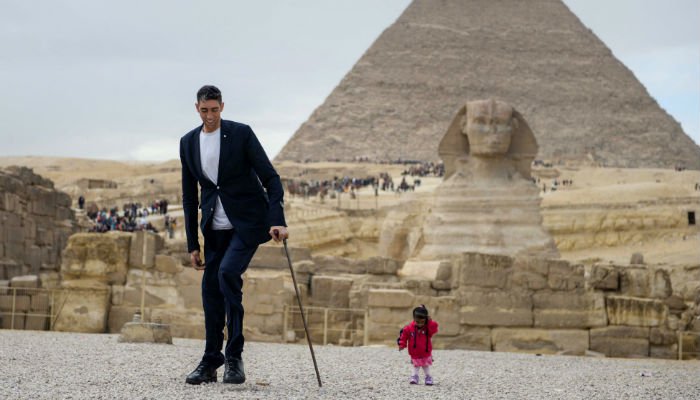 The mismatched pair posed in front of the historic Giza Pyramids in Cairo, Egypt. The photoshoot has gone viral on the social media. (AFP Photo) Guinness World Records only has 10 confirmed people in history to reach 8 ft or more. (AFP Photo) 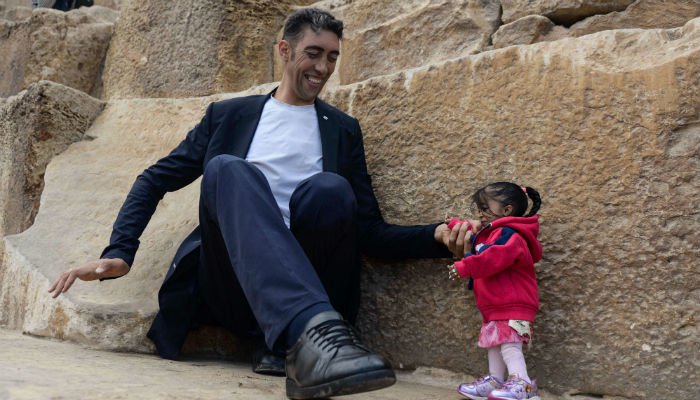 Both record-holders won their records in 2011. (AFP Photo) 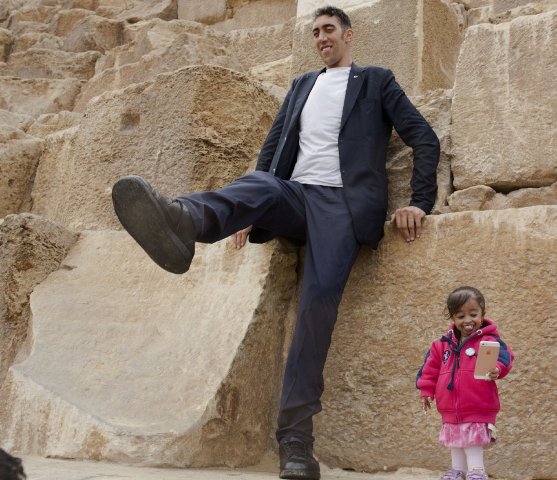 There's a 6ft difference between the pair. (AFP Photo) 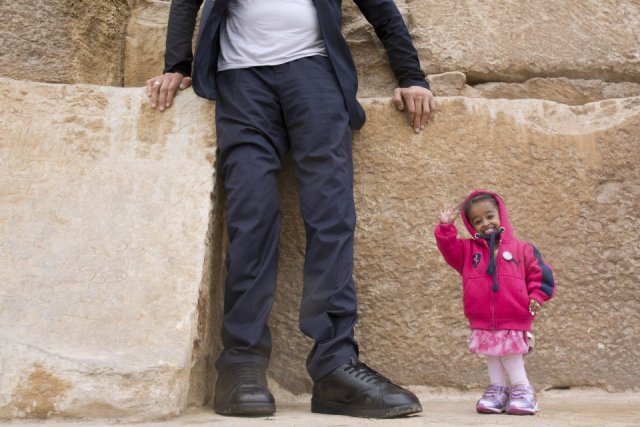